You are here: Home / Archives for Rose of Sharon

As the Holidays approach, we want to give thanks to the many who so faithfully have prayed and given towards the work that is being carried out here in the Dominican Republic. We cannot fully express the joy we feel in knowing that your hearts are with us. After 27 years we still count it a very special privilege to have you as friends and partners in this ministry. It is God working through you that has helped us to touch so many lives here. May the Lord richly bless you! It was exciting to have a visit this November from Caring Partners, an international ministry focusing on people’s medical needs and sharing the Gospel. Working with Pastor Gemuel Delgado in the Rieles area, and Pastor Roberto Hernandez at La Vega Christian School, they examined 930 patients at the respective church locations in four days. The pastors and volunteers also prayed with over 70 people to receive Christ into their hearts. What a blessing to partner with them that week. It was so nice to have a visit from our good friends from South Carolina here last month. Calvin and Barbara Fortner came with Sharon Gossett and Grace M. Bell. It is always a blessing to show first hand the progress being made in the ministry. They have been supporting this work for many years

Rose of Sharon – Sunday October 27th we had 30 attending, our best turnout yet for the morning service. This is a struggling new church plant in a poor community where we had filled in as pastors the past year and we still attend. It needs prayer. We been blessed with a new Pastor Leomar Sirit who is committed to this congregation. He is an answer to prayers! Cutupu – Church and school: Walls are up to bondbeam height (Top of windows) and columns have been poured. The next step is to lay three lines of block above the bondbeam and start on the roof. We have funds on hand for the roof and are looking for help with the floor, windows, and doors. Later comes plumbing. electrical, and kitchen. 130 children are truly needing this new building. $8000.00 still needed.

Sabaneta (Pastor Alex) – The school wing is almost complete. We are finishing up the kitchen and the electrical work still needs to be done. The new bathrooms and kitchen are functioning. The cook gave me the biggest smile for her new kitchen. Previously the director’s office had been the kitchen for the 70+ children. $ 1200.00 for electrical. Limoncito – This school is functioning great with 45 children. Pastor Pettit Techner has moved into the parsonage and is leading the congregation. The next stage for this project is to move the sanctuary to the 2d floor, and leave the school on the first floor. The slab is already in place for the new sancturay, we anticipate $15,000.00 needed to complete this 2d phase. This is a great project for a missions minded church (hint).

Ranchito – Sunday School Addition This church has a great sanctuary but no classroom facilities for Sunday School. They have been using the Sanctuary for four makeshift classrooms every week for the past six years but conditions are tough as only blackboards divide the classroom spaces. We need $5000.00 to start this project. This is for the foundation of the new wing. 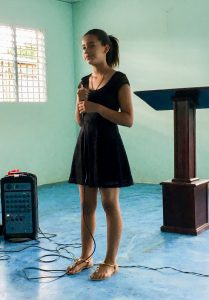 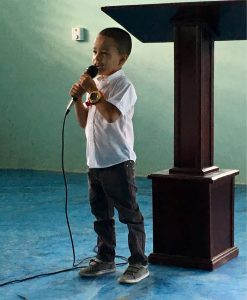 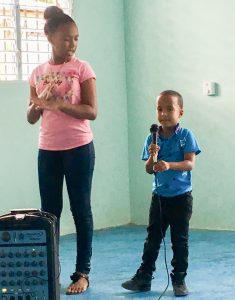